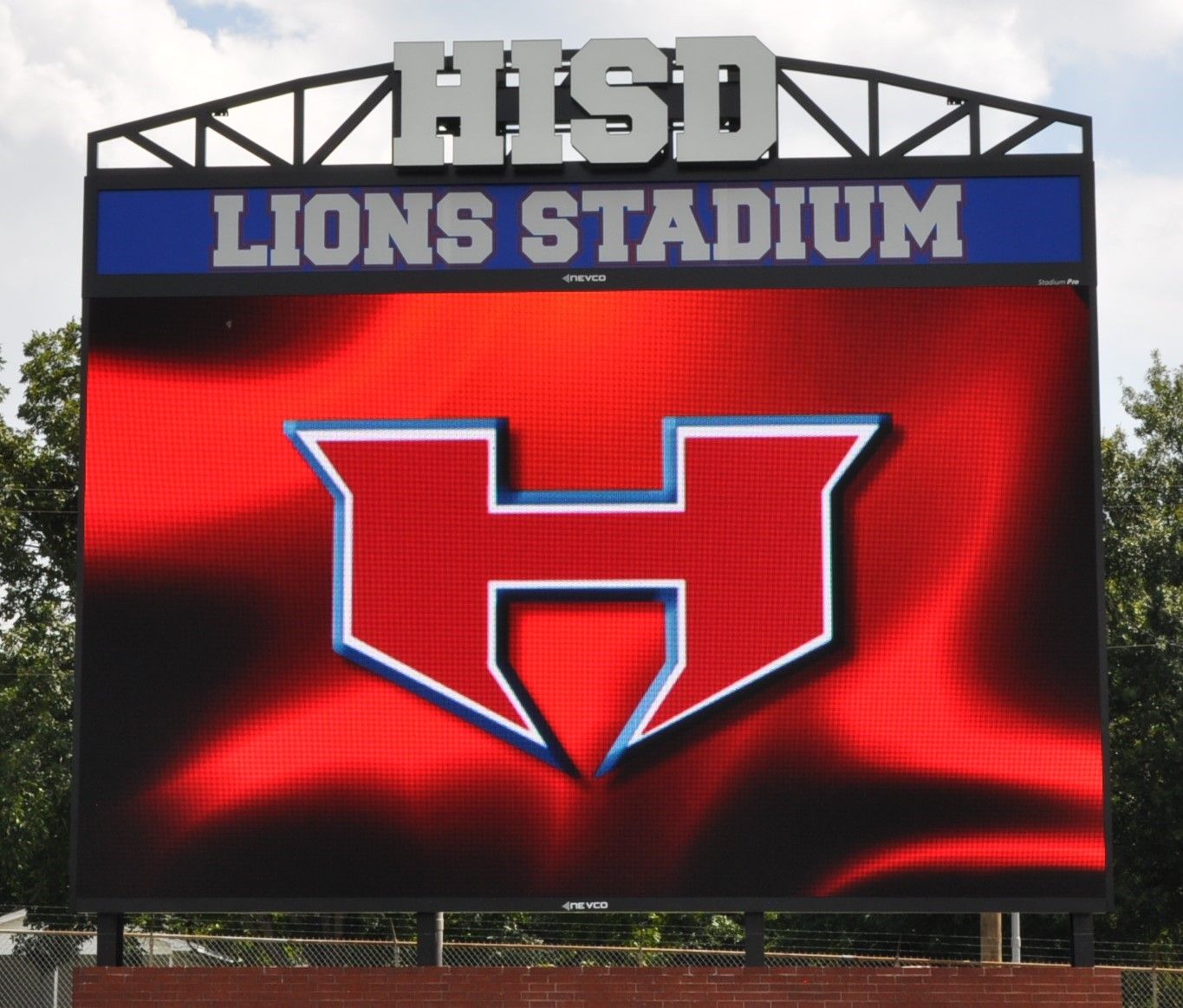 GREENVILLE, IL, September 14, 2016 – When fans at Henderson ISD in Henderson, Texas enter Lion Stadium in 2016 they will be treated with a new Nevco LED Video Display and Scoring Solution.

The new Nevco 16mm Full Color LED Video Display spans over 31’ wide and will feature over 216,000 attention-grabbing pixels to provide wide angle visibility for crisp, clear imagery delivered to every seat in the stadium. The new display incorporates variable content zoning that allows the screen to show one large image or multiple zones displaying different content. The versatility allows the game-day production to show a variety of live video, instant replays, scoring and statistics, animations and graphics, and sponsor messages.

“Henderson ISD is pleased to work with Nevco on the new video display and scoring solution at Lion Stadium. The entire Lion Nation will experience a new and enhanced game-day atmosphere and experience like never before,” says Phil Castles, Athletic Director at Henderson ISD.

In 2016, the Lions will roar louder than before with the addition of a Nevco Stadium Pro™ 1000 Sound System with a customized imprinted scrim. The Stadium Pro™ is uniquely designed for the athletic market and will produce full-range reproduction of music and speech ensuring sound clarity. A decorative open air arch truss with illuminated letters spelling out HISD rests above the sound system and gives the video display and scoring solution an extra personal touch.