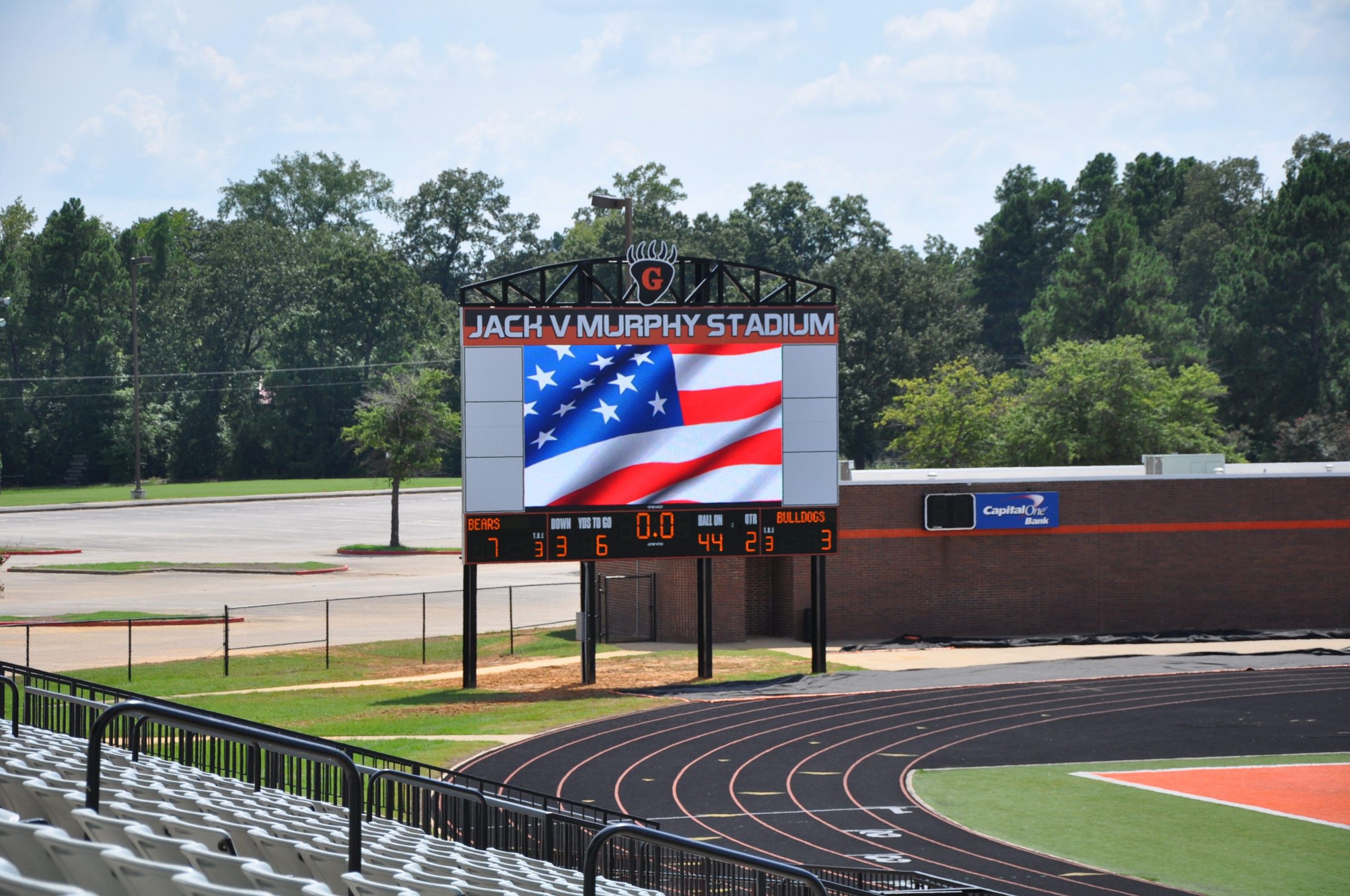 The new Nevco 16mm Full Color LED Video Display measures over 22’ wide and provides Bear fans with visual enhancements in over 100,700 eye-catching pixels. The new display will have all the features of today’s cutting-edge LED technology and will be run by Nevco’s proprietary Display Director™ Software, on a single, touchscreen computer. The display will have numerous capabilities including variable content zoning to allow for one large image to be shown on the entire display or for multiple different zones of the display to show any combination of live video, instant replays, scoring and statistics, graphics and animations, and sponsors’ messages.

Dr. Richardson, Superintendent of Gladewater ISD states, “The decision to select NEVCO was based on several factors. The attentiveness and knowledge of the Sales Team were important, as were the recommendations of NEVCO customers. We couldn’t be happier with our selection of NEVCO.”

In addition to the video display, Gladewater ISD added a custom Nevco scoreboard complete with interchangeable Electronic Team Names, which identifies each team’s name playing on the field. To further maximize their impact, the Bears added several decorative accents including a stadium naming sign, an arch truss, and a school logo placed in the center to top off the prominent scoring structure.

The new video display and scoring solution will not only change the game-day atmosphere for Gladewater ISD fans and players, but it will also bring technological advancements in the classroom for students. With the addition of the display, Gladewater will give students in technology advanced classes the opportunity to create content for the new big screen as well as learn to run game-day operations giving them real-life experience with professional equipment.

The new video display and scoring solution made the debut at Jack V. Murphy Stadium just in time for their first home game on August 26th against Carthage.