The Importance Of Having a Visible Play Clock 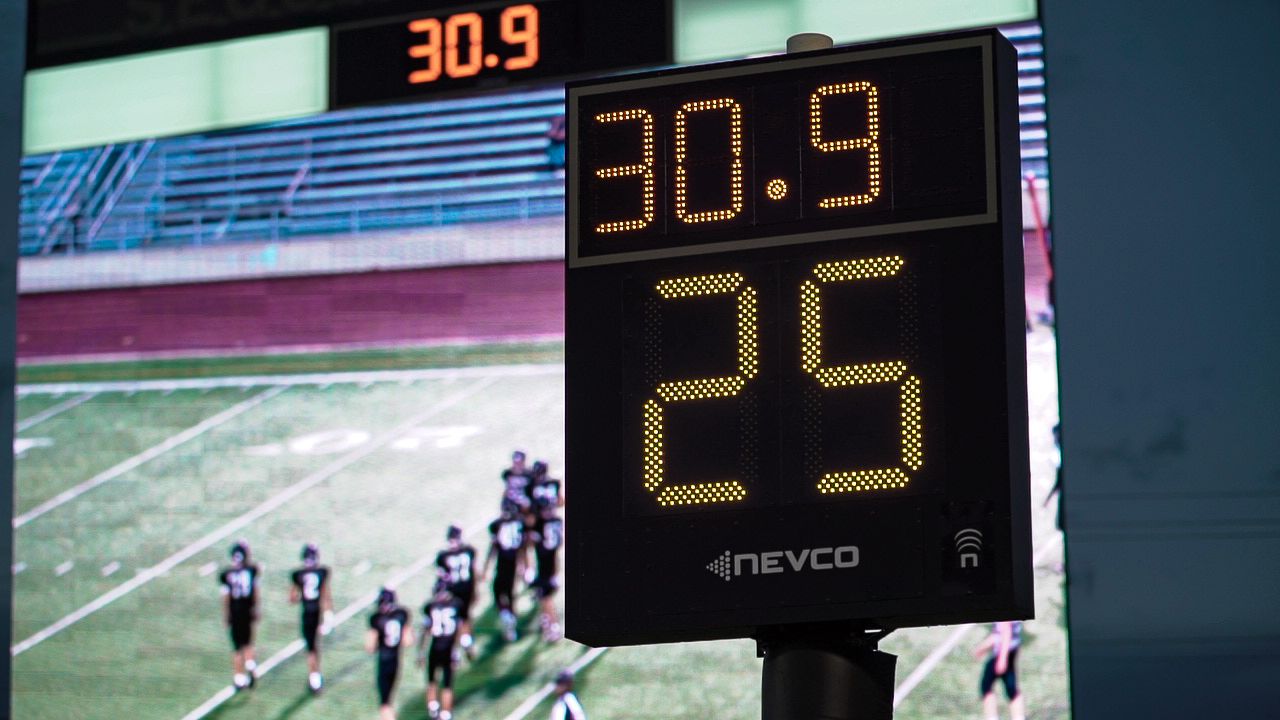 Rule changes are coming for the 2019 high school football season and now is the time to get your team game-day ready. The National Federation of State High School Associations (NFHS) Board of Directors passed a rule change in February 2019 that will result in interscholastic football games using a 40/25 second play clock, in place of the previous 25 second play clock that was in use for several years.

There are many cases in which the play clock will continue to start at 25 seconds. According to the official NFHS press release these situations include: (a) prior to a try following a score, (b) to start a period or overtime series, (c) following administration of an inadvertent whistle, (d) following a charged timeout,  (e) following an official’s time-out, with a few exceptions, and (f) following the stoppage of the play clock by the referee for any other reason. In all other cases, 40 seconds will be placed on the play clock and begin when the ball is declared dead by a game official.

The change from a standard 25 second play clock to a variable 40/25 second play clock between plays can cause confusion for fans, players, and coaches alike. For those on the field, knowing the exact amount of time left on the play clock is imperative. Practicing and competing with visible play clocks is vital to players and coaches in several ways, including avoiding delay of game penalties and strategically running time off of the clock to secure a victory.

Many of the governing bodies for collegiate athletics currently require visible play clocks at both ends of the field, including the National Collegiate Athletic Association (NCAA), the National Association of Intercollegiate Athletics (NAIA), and the California Community College Athletic Association (CCCAA). By adding visible play clocks to your facility you can ensure that your players are ready to take the next step in their athletic careers and smoothly transition to a higher level of competition.

Nevco can help your players gain an advantage and take the rule changes in stride with our Delay of Game Timers. We offer a variety of timers ranging from standard two-digit play clocks to timers with an integrated play clock and game timer in a single unit. Additionally, all of our controllers are game ready: the MPCX2 wireless hand-held controller can operate the playclocks from anywhere on the field or press box, while our MPCW-7 controller can be used to control the play clocks independently, or in conjunction with the main scoreboard by utilizing the included play clock switch.

Now is the opportune time to get your timers installed over summer break, so come August your team will have plenty of practice and will be ready to hit the gridiron for Friday Night Lights!

For additional information on Nevco Delay of Game Timers, visit nevco.com/shop/system-upgrades , or call 1-800-851-4040 to start working with your dedicated Scoring & Display Consultant. 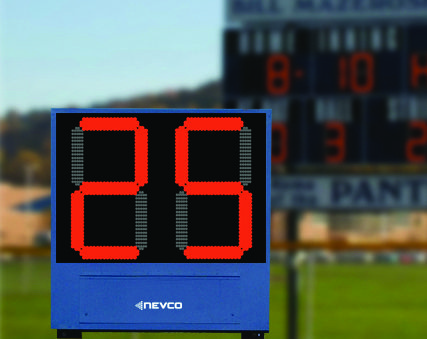