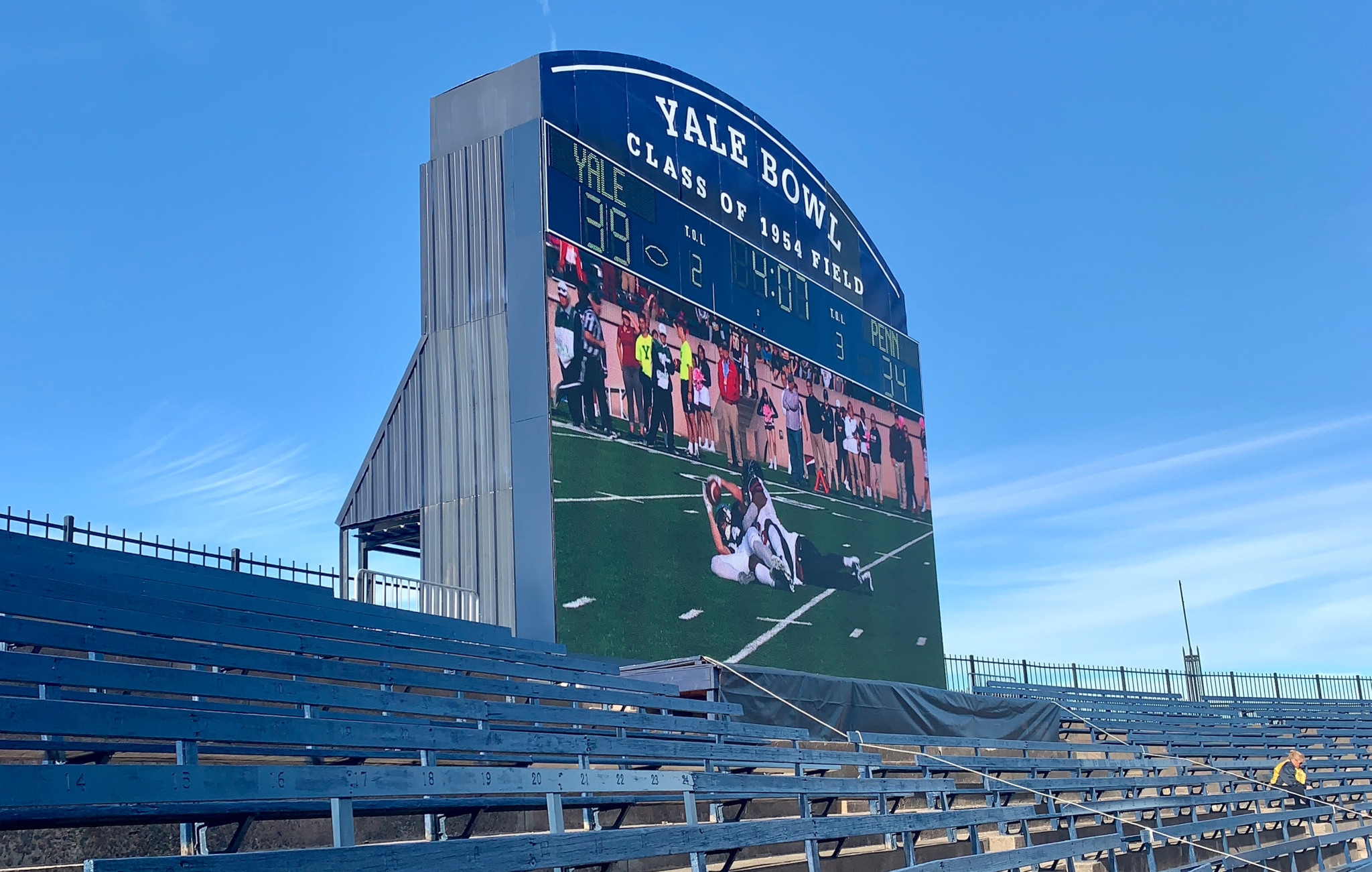 GREENVILLE, IL, November 21, 2019 – Yale University in New Haven, CT teamed up with Nevco Sports, LLC to bring a brand new Video Display and Scoring Solution to the Yale Bowl, Class of 1954 Field, the home of the Bulldogs’ football team.

The Yale Bowl, which opened on November 21, 1914, was the largest athletic stadium in the world and the first football venue with seating surrounding the entirety of the field. The historic stadium has been a landmark of college football since its opening, and has also played host to National Football League games, international soccer, lacrosse, tennis, concerts, movies, advertisements, and the 1995 Special Olympics World Games.

The legendary facility was designated as a National Historic Landmark by the Federal Government in 1987. The Yale Bowl was also named as one of the 40 best college football stadiums by The Sporting News in its book, Saturday Shrines, and was also included in ESPN.com’s list of America’s 100 Most Important Sports Venues.

To preserve the historic nature of the Yale Bowl, the new Nevco full color, 10mm LED Video Display was custom designed to fit the current scoreboard structure at the north end of the stadium. The video display stands nearly 18’H and spans over 37’W, displaying more than 608,000 captivating pixels to engage fans and get them out of their seats. Above the video display, is a custom split LED Scoreboard featuring Nevco’s translucent white digits and Electronic Team Names™, which allows Yale to customize the team names for each game played in the bowl.

“We’ve built a strong relationship with Yale, and working with them to bring upgrades to such a storied facility has been a true pleasure,” said Eric Light, Nevco Vice President of Sports Video. “The new video display will provide fans with an unbelievable new game-day experience while maintaining the historic atmosphere inside of the Yale Bowl. ”

To further enhance the video display, Yale partnered with Nevco’s HYPE Creative Services to develop and create a multitude of custom branded graphics including logo animations, fan prompts, and interactive games to engage fans and create an electric game-day atmosphere inside the Bowl.

“I’m extremely thankful for the relationship that Yale has built with Nevco over the last year,” said Nina Lindberg, Director of Creative Services and Digital Strategy at Yale University. “Their attention to detail and customer service is second to none. The video board and scoreboard enhancements at the Yale Bowl have significantly improved the experience for not only our fans but our student-athletes as well.”

Earlier this year Nevco and Yale collaborated on a project to bring a Video Display, Scoring and Audio Solution to Reese Stadium, which plays host to the Bulldogs’ lacrosse and soccer teams, including the 2018 NCAA DI Men’s Lacrosse National Champions. The project was completed in February ahead of the 2019 lacrosse season. CLICK HERE to learn more about Reese Stadium’s new championship game-day atmosphere.

The Yale Bowl’s new display was completed in November in anticipation of the 136th Edition of “The Game,” the annual football game pitting Yale against rival, Harvard.  Check out the project installation photo below and be sure to check out nevco.com to see more live install photos! 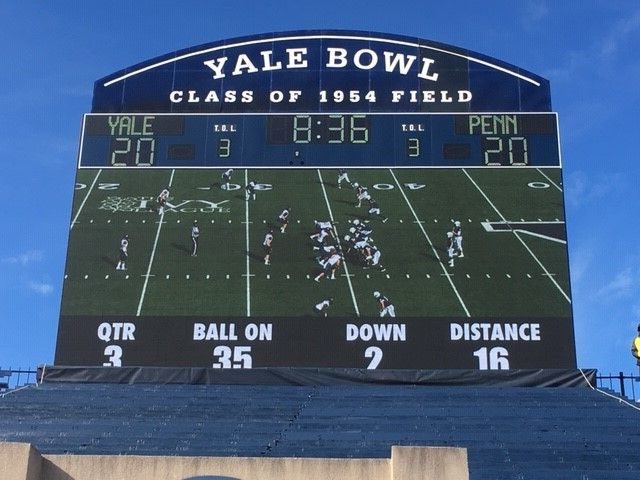 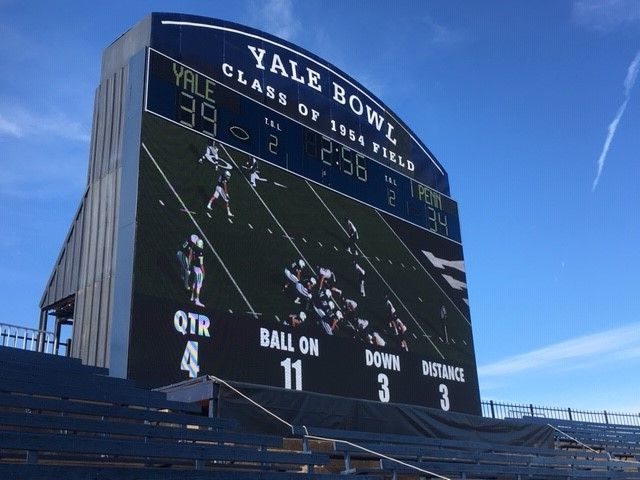