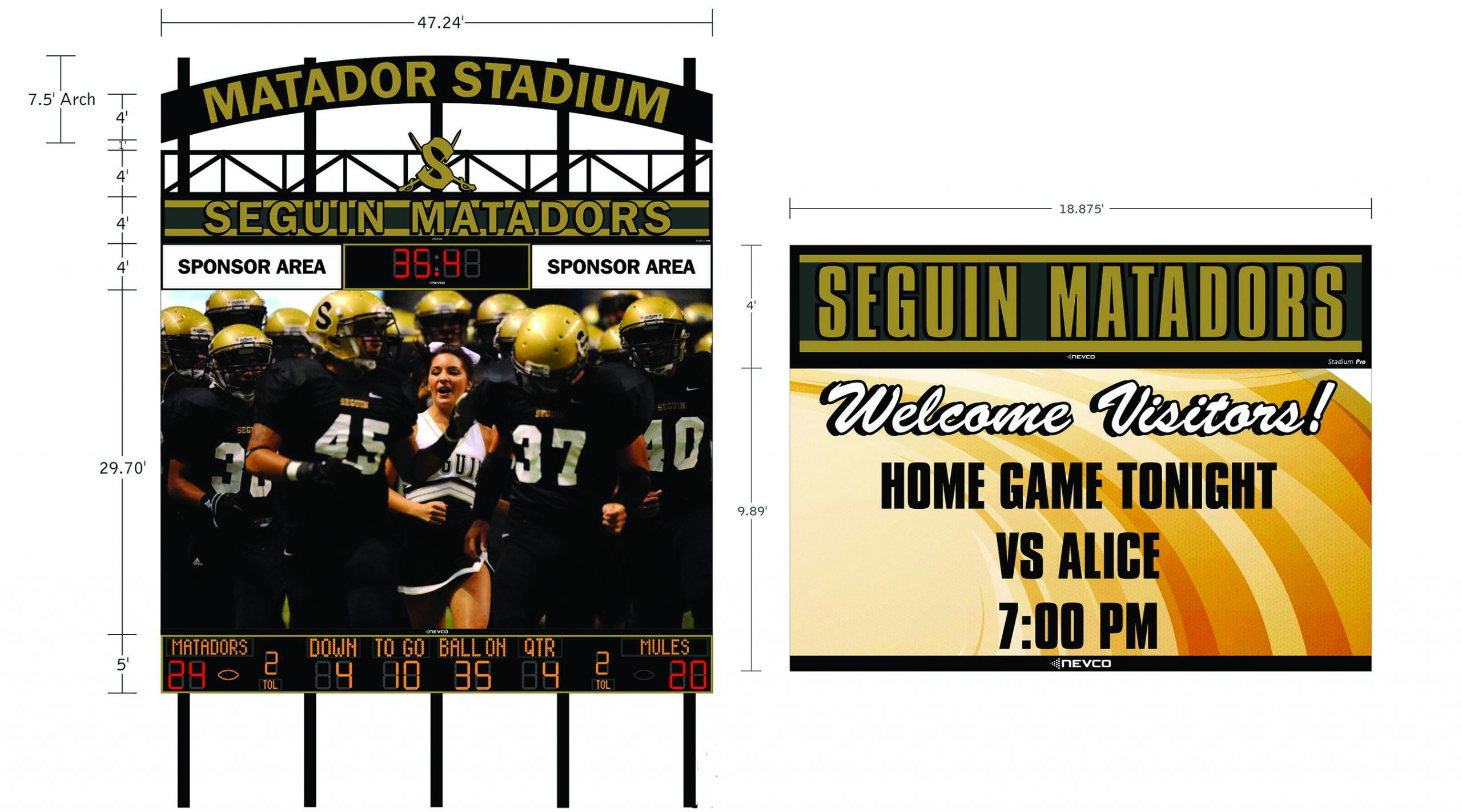 GREENVILLE, IL, October 11, 2016 – Seguin ISD in Seguin, TX has selected Nevco for their new jaw-dropping video display and audio solution coming to Matador Stadium late fall 2016. The combined square footage of the video display screens coming to Seguin ISD will set the bar for the competition as it will be the largest high school video display system in the United States, equaling over 1,590 square feet of LED screens.

The new field-facing video display will energize Matador fans after installation is complete in early October 2016.  The tailgate video display is set to install mid-2017.

Check out the winning rendering below and be sure to check out nevco.com to see the live install photos!