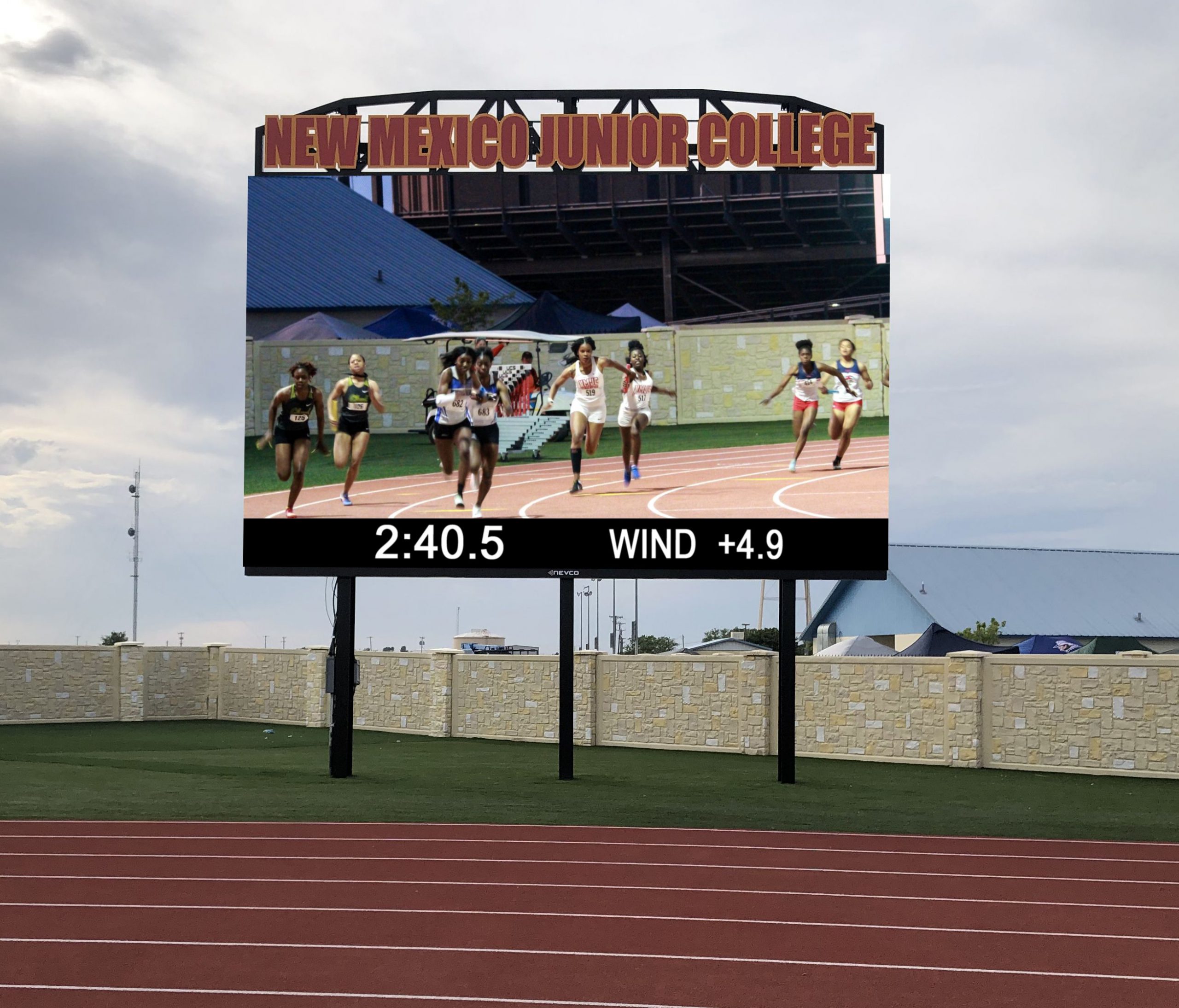 Coming off their second consecutive championship in 2018, NMJC decided to enhance the game-day atmosphere at Ross Black Field of Champions Track and Field with two new Nevco full color LED Video Displays for the upcoming season. NMJC brought a 16mm video display measuring in at nearly 18’ high and 28’ wide to the northwest corner of the track, in addition to a 10mm video display which reaches almost 10’ high and stretches nearly 13’ wide outside of the stadium facing the campus. The larger, 16mm video display is complete with a decorative arch truss seated above the video display, prominently showcasing the words NEW MEXICO JUNIOR COLLEGE.

“We were thrilled to have the chance to host the 2019 NJCAA Division I Outdoor Track and Field Championships, and it couldn’t have turned out better!” said New Mexico Junior College Athletic Director, Deron Clark. “The new video boards at Ross Black Field of Champions has helped bring an exciting new element to our events, adding a professional touch, and gaining the attention of everyone that walks into the stadium.”

Every fan in attendance will have a hard time missing either of the video displays, which are comprised of almost 290,000 combined pixels, delivering unmatched brilliance and clarity from any viewing angle. The Thunderbirds utilize Nevco’s proprietary software, Display Director™, which gives them the ability to showcase everything from live races, instant replays, animated graphics, sponsorship messages, and more. NMJC also included the FinishLynx track interface and ResulTV to easily transmit and display meet results on the video board.

“New Mexico Junior College was the perfect school to host the 2019 NJCAA Division I Outdoor Track and Field Championships,” said Nevco Sports Video Consultant Mike Yeager. “They were fantastic hosts and put on an amazing show, not only on the video displays, but on the track as well en route to their third consecutive championship!”

New Mexico Junior College unveiled their Nevco Video Display and Scoring Solution at the Ross Black Invitational on April 12. The Thunderbirds boasted their new video display as they hosted the 46 teams competing at the 2019 NJCAA Division I Outdoor Track and Field Championships on May 16-18. Check out the live install photos below, and be sure to read more about other recent Nevco projects at nevco.com. 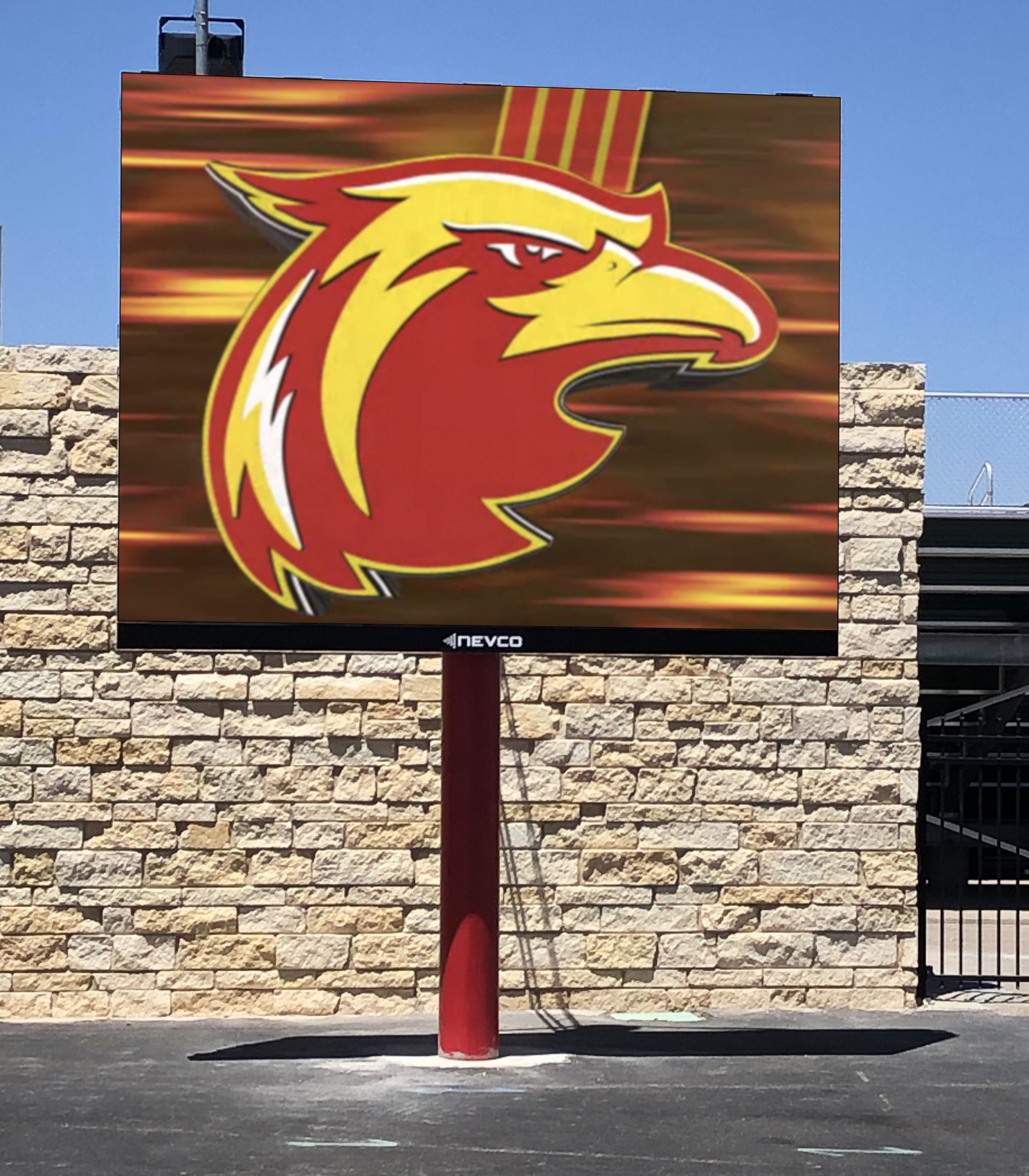