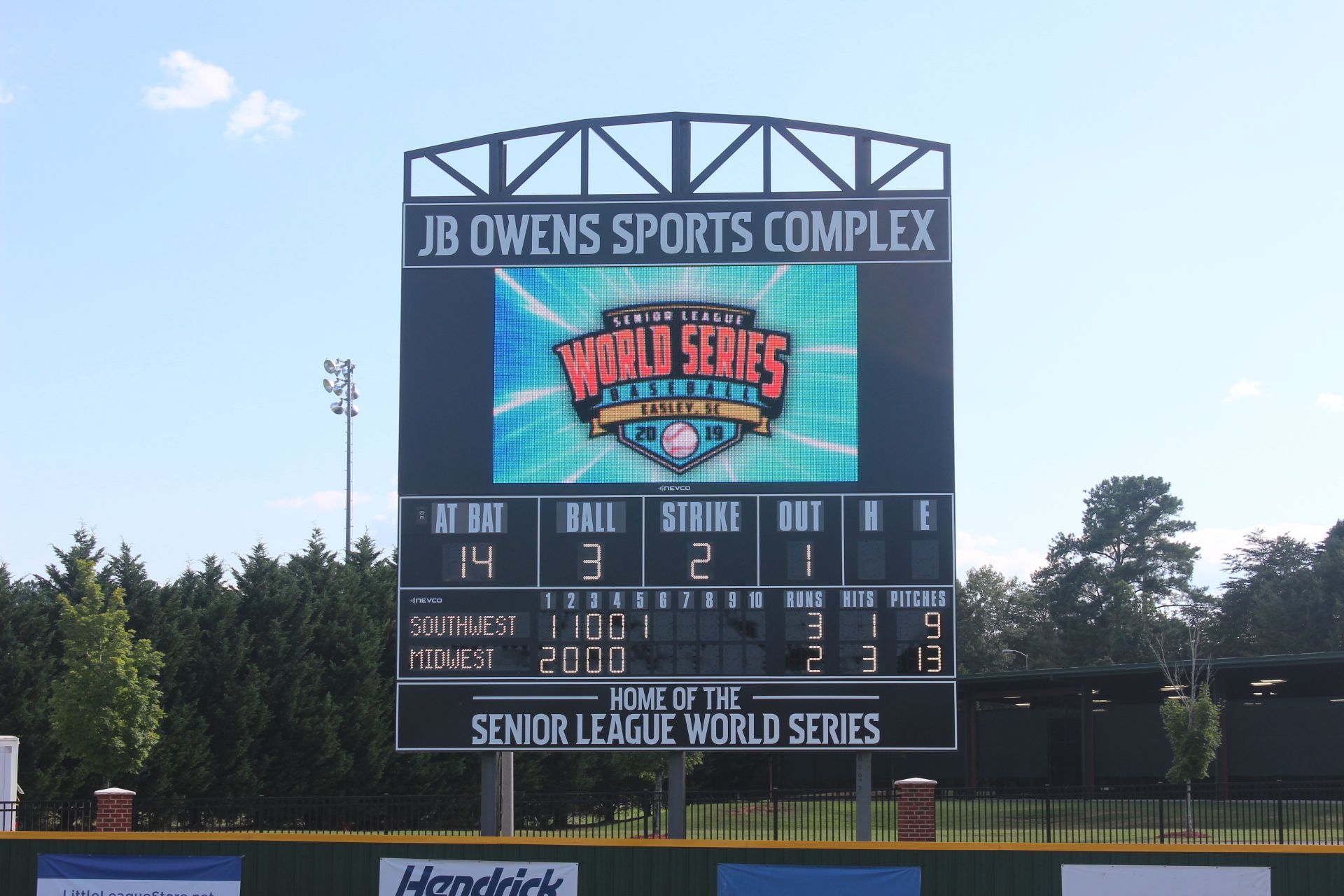 Ahead of the 2019 Senior League Baseball World Series, the City of Easley, the SLBWS, and Nevco teamed up to enhance the JB ‘Red’ Owens Sports Complex. Mounted beyond the right-center field wall is a brand new 16mm, full color Nevco Video Display reaching nearly 19’W and standing almost 10’H, projecting over 64,000 captivating pixels.

The video board is controlled through the use of Nevco’s proprietary Display Director™ Software, giving the Senior League World Series game-day operations staff the ability to showcase live in-game action, instant replays, revenue-generating sponsorship messages, and more. Additionally, the SLBWS worked together with Nevco’s HYPE Creative Services to develop and create a library of custom curated content including fan prompts, logo animations, and interactive games to engage fans and get them on their feet.

Further enhancing the video display, is a Model 1606 Baseball/Softball Scoreboard with integrated pitch counts. The scoreboard is positioned below the video board and features translucent white digits as well as Electronic Team Names, which allow the SLBWS to customize the home and guest team names for every game played at the complex. Above the video display and below the scoreboard is non-illuminated signage spotlighting the JB Owens Sports Complex and the Home of the Senior League World Series. The structure is accented by a decorative arch truss seated at the top.

“The Senior League Baseball World Series offered the players and fans a thrilling, one-of-a-kind game-day experience,” said Pat O’Brien, Nevco Senior Manager for Large Venue Marketing & Business Development. “The JB Owens Sports Complex, the City of Easley, and the Senior League Baseball World Series put on a truly top notch production, and we’re excited to be a part of such a fun and memorable experience for everyone!”

The project was completed in anticipation of the 2019 Senior League Baseball World Series, which debuted on July 27, 2019. The 2019 Championship game featured Hawaii from the West Region and Curacao from the Caribbean Region. Hawaii earned an 11-0 victory over Curacao to capture the 2019 Senior League Baseball World Series Championship. Check out the photos below to see the Video Display and Scoring Solution in action, and be sure to check out nevco.com to see more live install photos! 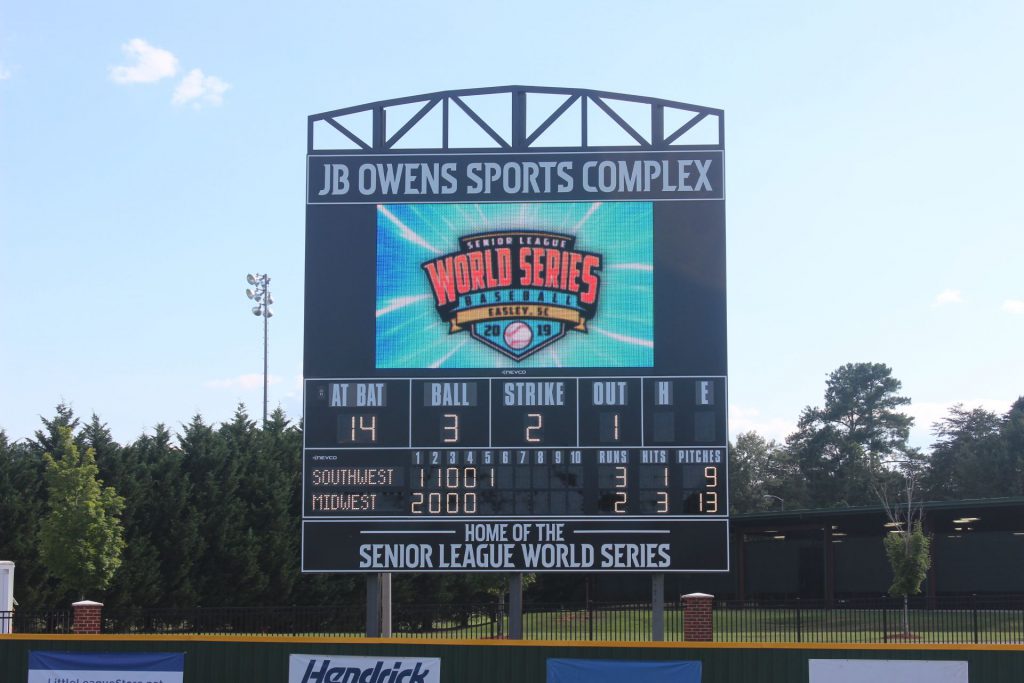 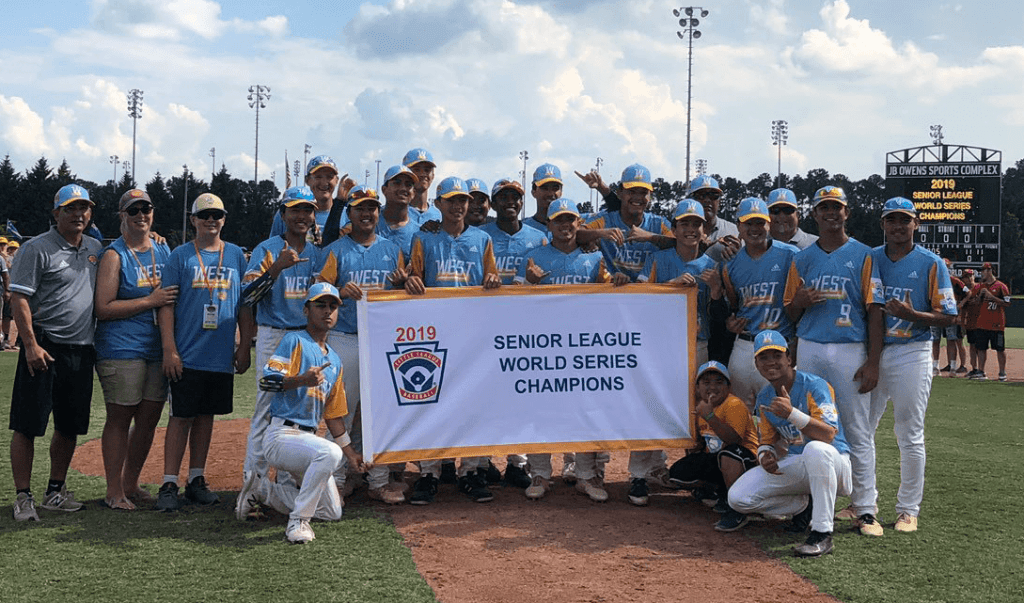