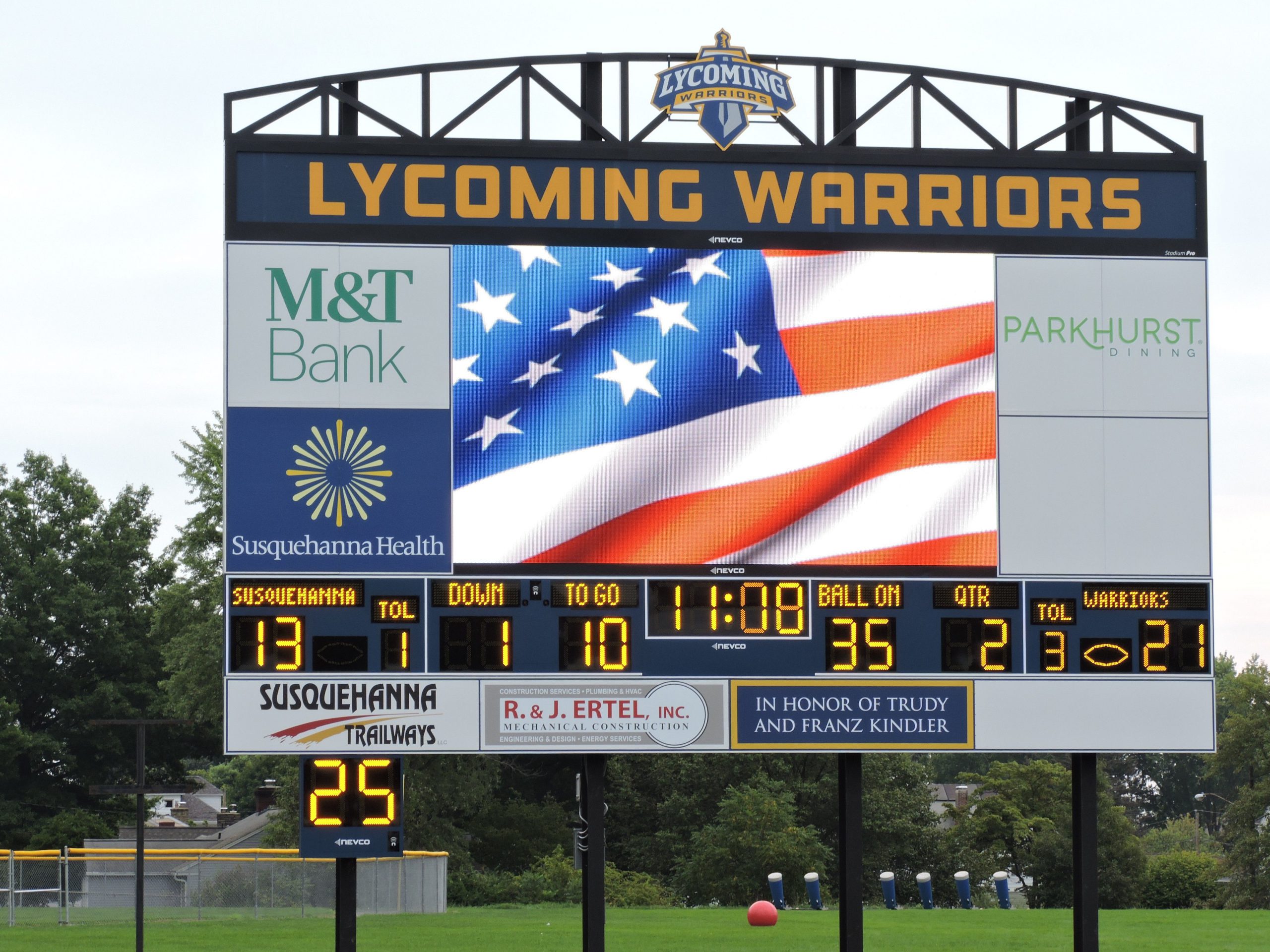 The new Nevco 16mm Full Color LED Video Display measures over 22’ wide and provides Warrior fans with a new visual enhancement in over 100,700 jaw-dropping pixels. The new display will be run by Nevco’s proprietary Display Director™ Software and have all the features of today’s cutting-edge LED technology on a single, touchscreen computer. The display will have multiple abilities including variable content zoning to allow for one large image to be shown on the entire display or for multiple different zones of the display to show any combination of live video, instant replays, scoring and statistics, graphics and animations, and sponsors’ messages.

Mike Clark, Lycoming College Athletic Director states, “Lycoming College welcomes this partnership with Nevco. With the new Nevco equipment at David Person Field, our campus will be an exciting place to be this fall and will be instrumental in enhancing the game-day atmosphere.”

The video display sits above a Nevco custom scoreboard with Electronic Team Names and Intelligent Captions™ making it simple to change the team names that play at the stadium and switch between sport modes with the touch of a button.

In addition, the Warriors added a Nevco Stadium Pro™ 1000 Sound System above the display to allow fans to hear the game like never before. From pre-game music to hype up the fans, to player introductions on the big screen, to complementary graphics that support the announcer’s commentary, the new video board, scoring and audio solution ensures that Warrior players, parents, and fans have the ultimate game-day experience.

To further maximize their impact, the Warriors added several decorative accents including a stadium naming sign, an arch truss, and a school logo placed in the center to top off the prominent scoring structure.

The new video display and scoring solution made its debut at David Person Field just in time for the first home football game against Susquehanna on September 3rd followed by family weekend! 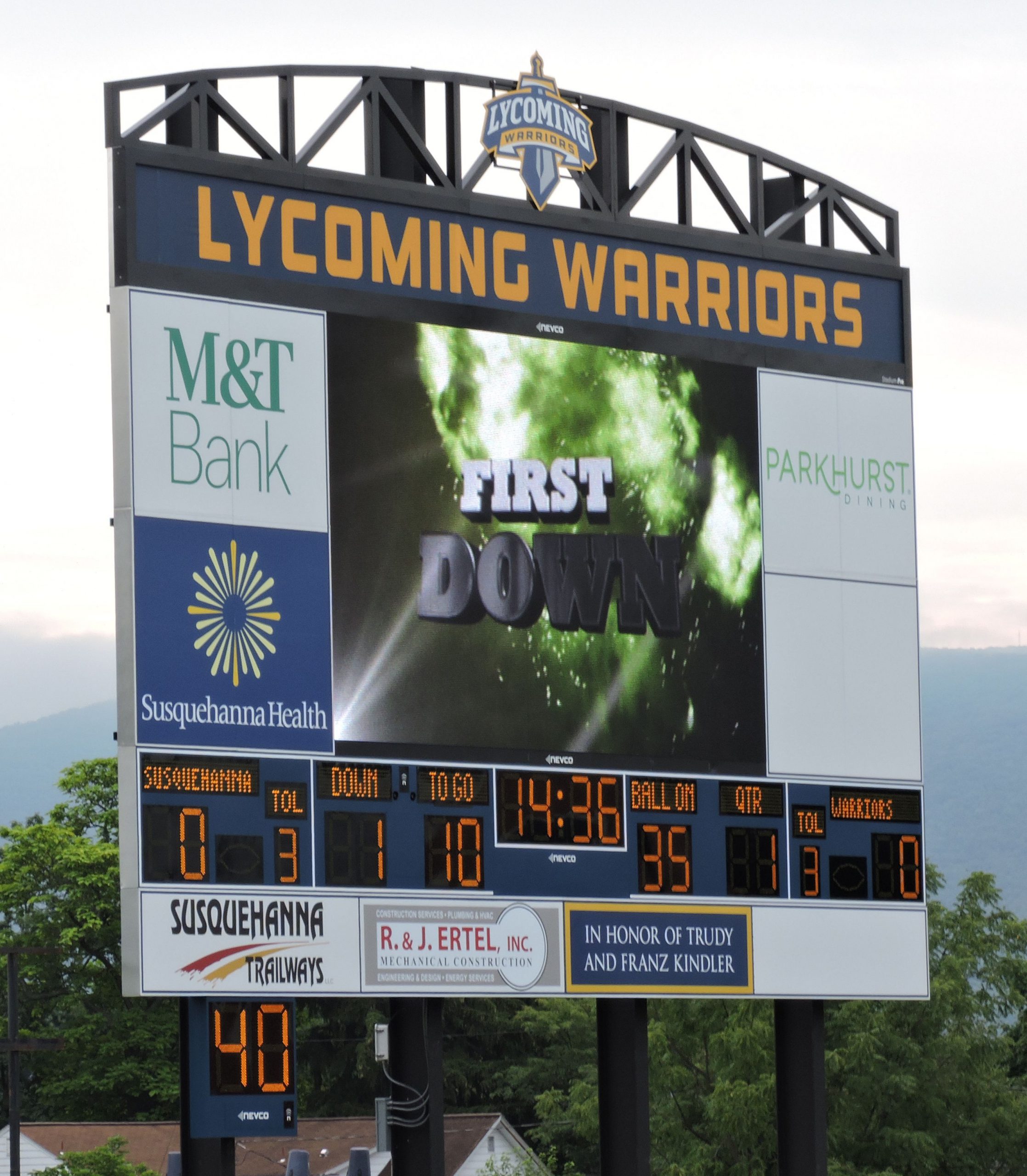