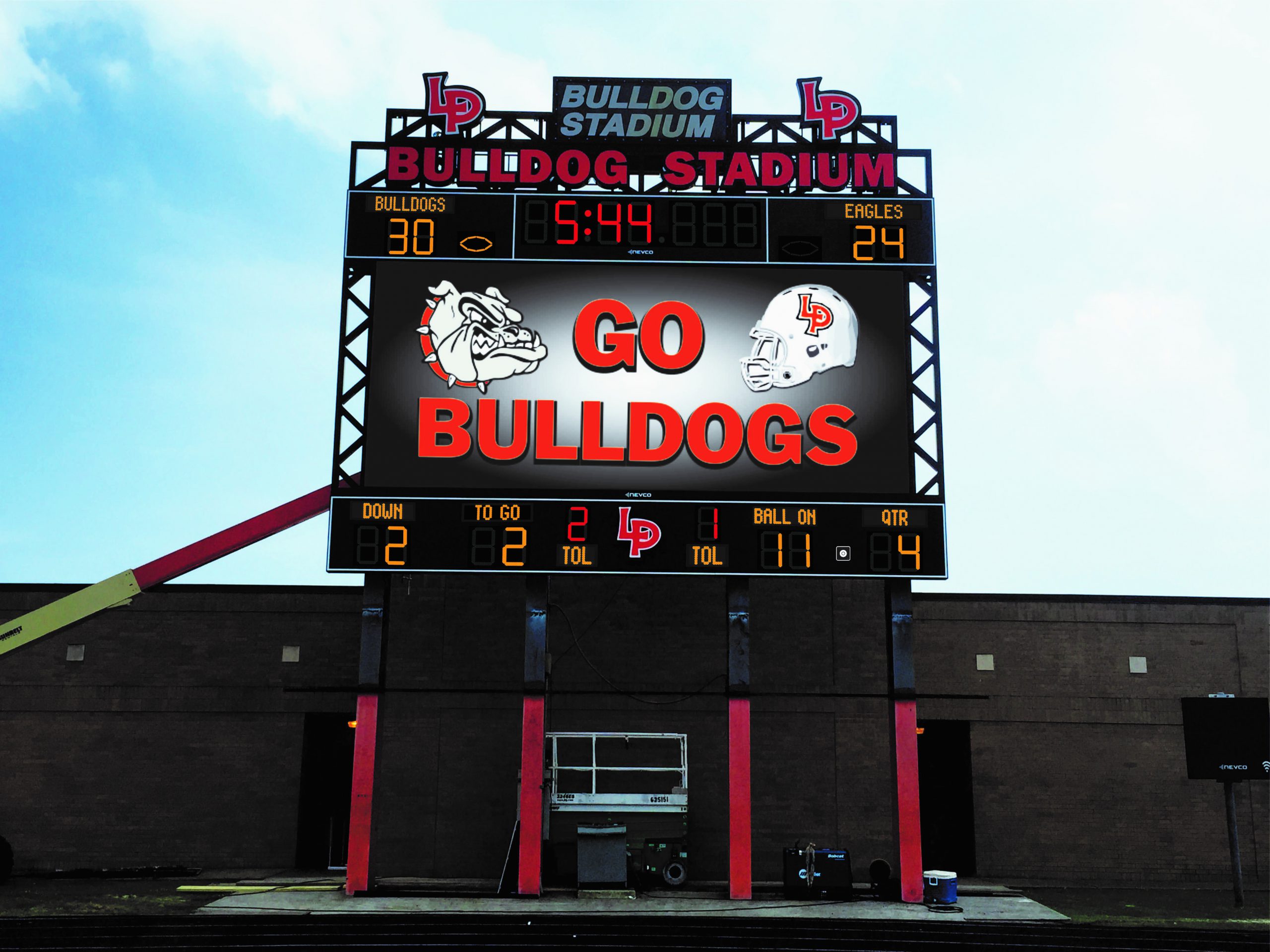 The custom Nevco LED video display standing over 28’ wide includes over 82,000 pixels and will showcase everything from in-game action, instant replays, exciting animated graphics, and messages from sponsors.
La Porte’s Video Display is also equipped with Nevco’s proprietary Display Director Software that utilizes a single, universal, touchscreen computer and interfaces with Nevco scoreboards to obtain real time scoring and game-time data and uses this information to populate virtual scoring and graphics on the screen for player headshots, halftime stats, and more.

The vivid video display rests in between two custom Nevco scoreboards that include Electronic Team Names and interchangeable Intelligent Captions™ making it simple to switch between sport modes.

Check out the new display below and be sure to check out nevco.com to plan your next scoring solution upgrade!