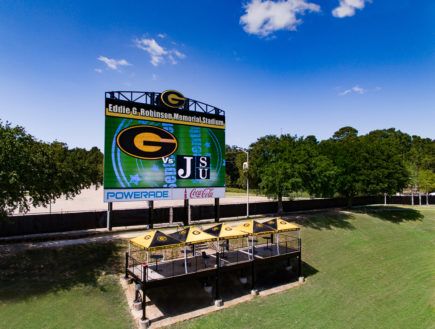 Edwardsville, IL, April 10, 2018- Hitting the gridiron for the first practice of the season after claiming the 2016 Celebration Bowl Championship in an adrenaline-inducing game against North Carolina Central, the Grambling State University Tigers had their sights set on another championship year. However their home turf and facility in its current state, didn’t live up to the captivating team’s reputation. The Eddie G. Robinson Memorial Stadium hadn’t been upgraded in decades and Director of Athletics, Paul Bryant, says “It was long overdue”. With a complete facility overhaul on the horizon, Nevco and GSU’s partnership began. At Nevco, we believe the game is more than just a score, it’s about the experience. 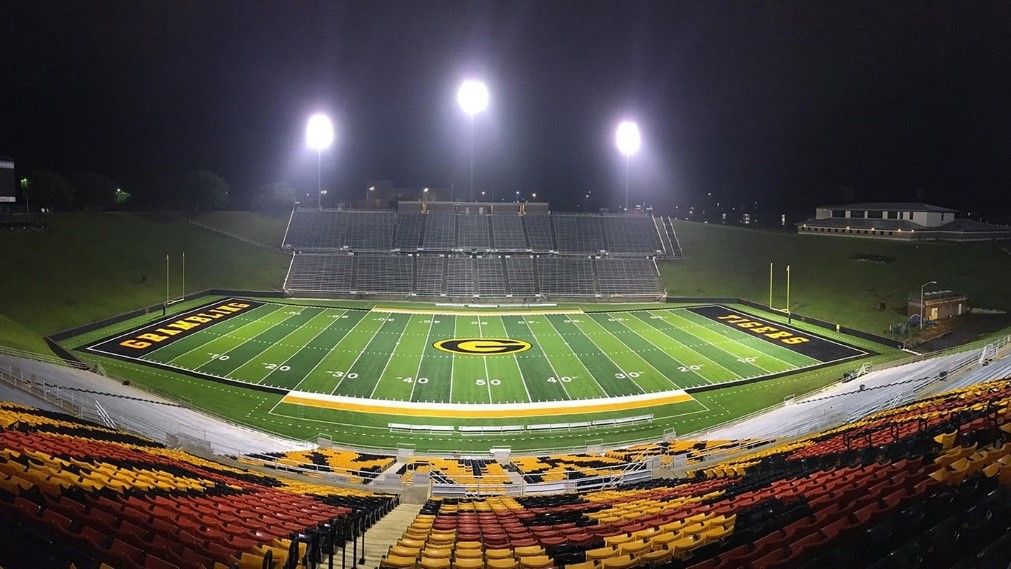 “The opportunity to work with GSU was first initiated by our National Sports Video Sales Executive, Wes Wood in March of 2014,” says Vice President of Sports Video, Brad Brown. “Wes established a great working relationship with Grambling from day one and was committed to providing them with the best scoring solution that would make their envisioned game day become a reality.” Nevco received the “green light” in early 2017 to provide the GSU Tigers with a custom display and scoring solution to mirror the notoriety of their football team.

GSU’s upgrades included a 22.5’ tall by 47’ wide 16mm full color LED Video Display designed with over 370,000 vibrant pixels, prominently topped with a Decorative Truss and 2-Sided Rear-Lit ‘G’ logo. Further customizing their display, Nevco partnered with Gulf Coast Sound to provide the Tigers with a state-of-the-art sound system in a custom sound cabinet, with front mesh face scrim proudly displaying the stadium name. Completing the stadium enhancement project was an entirely new field turf system. Students, alumni, and fans couldn’t wait to experience the stadium’s new look and cheer on the Tigers as they unveiled the new visual enhancement at their home game during Homecoming weekend.

The Nevco Video Display not only allowed GSU to host more home football games in their 2017 fall season but it also created a more exciting game-day experience for all Tiger fans. Plus, the GSU football team completed the season with an incredible 11-2 record that included an invitation to the Celebration Bowl yet again on December 16, 2017. It was certainly a season to remember and Nevco was very proud to be a part of the team’s success. 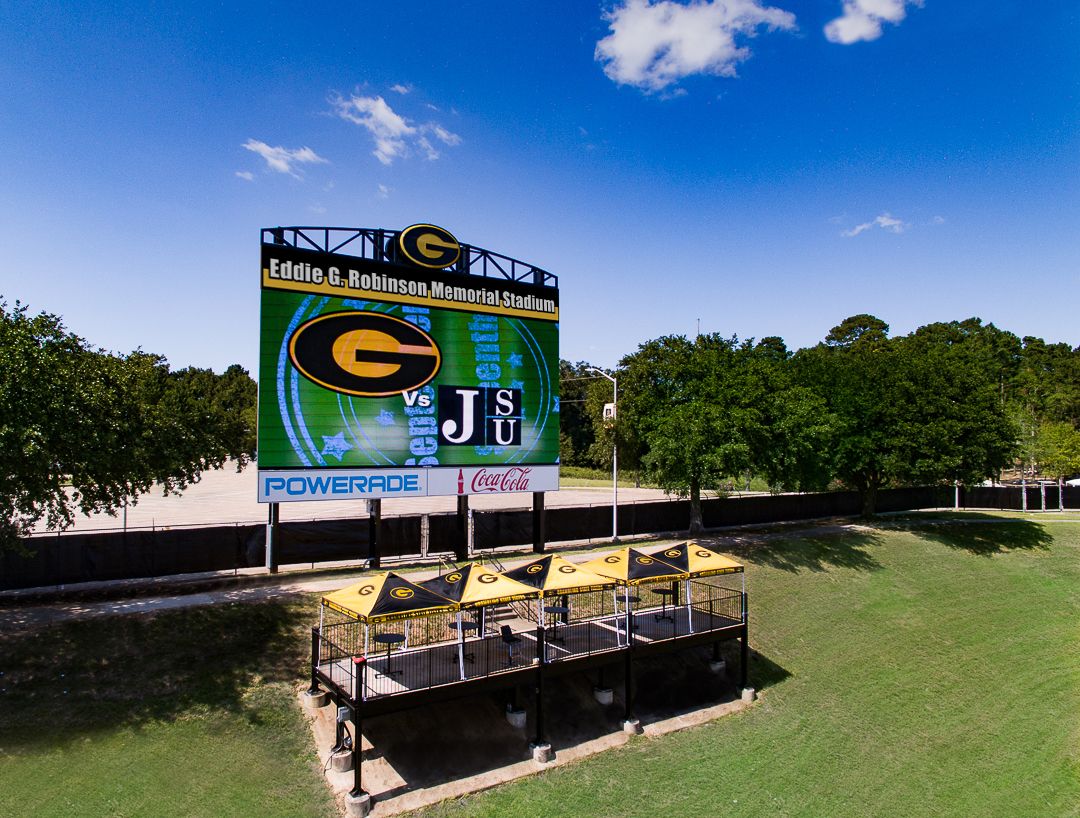 It wasn’t long before local businesses and organizations realized the value of the display as well. Potential sponsors quickly jumped at the opportunity to purchase ads even before the 2017 season began. Grambling was able to sell static sponsorship signage, as well as digital sponsorship spots like first downs, touch downs, and time outs. The Marketing Department at Grambling received a flood of calls and requests for information on purchasing ads immediately after their first game with the new video display. GSU is looking forward to the 2018 season as ad sales are expected to increase tremendously.

“The Nevco video display has been a perfect addition to our football stadium,” says Karen Carty, Asst. Athletic Director for Marketing and Communications at GSU. “The display has created more visibility for our program and university and has enhanced our game-day atmosphere exponentially.”

About Grambling State University: Grambling State University is a four-year historically-black, public institution, located in the heart of Grambling, LA. As one of the country’s top producers of African American graduates and home to the internationally renowned Tiger Marching Band and NCAA Division I Athletic Program, GSU takes pride in their curriculum, students, faculty, and community.