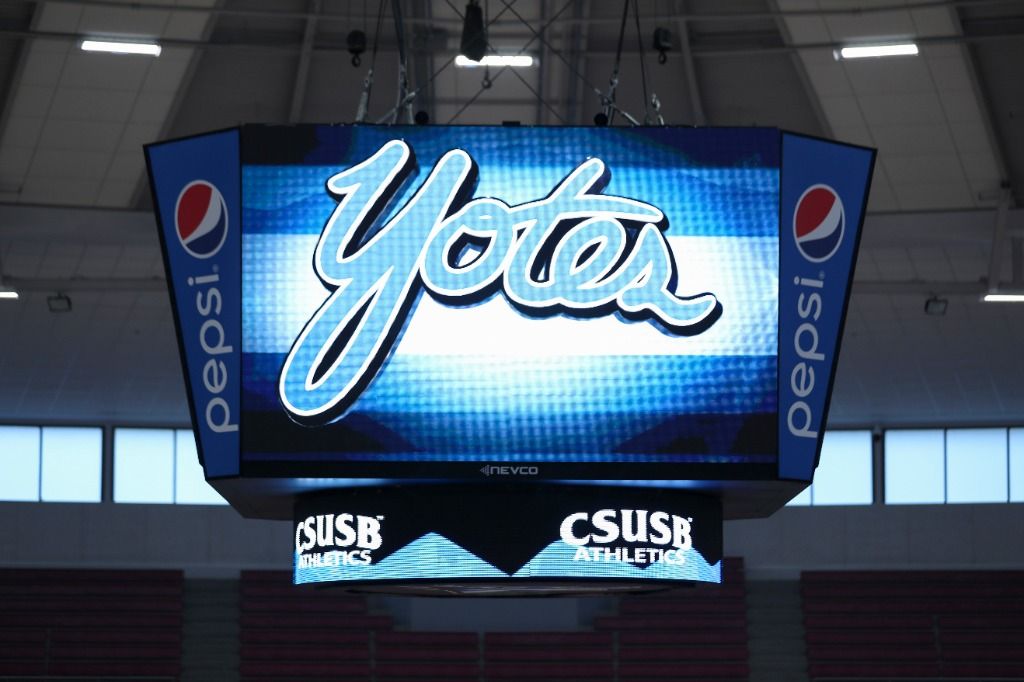 The James and Aerianthi Coussoulis Arena is a 5,000 seat arena on the campus of CSUSB which plays home to the Coyotes’ men’s and women’s basketball teams and the women’s volleyball team. Since opening its doors in 1995, the arena has hosted several NCAA Regional Championships, large concerts, sports camps, job recruitment fairs, and Pow-Wows. This year the No. 1 CSUSB Coyotes played host to the California Collegiate Athletic Association (CCAA) Volleyball Championship at Coussoulis Arena on November 21 – 23. The Coyotes earned the 2019 CCAA Volleyball Championship and hosted the NCAA Division II West Region Finals as the No. 1 seed.

On a three month timeline, Nevco Sports and various other external constituents have completed work on a transformative renovation of Coussoulis Arena. In addition to Nevco’s Video Display and Scoring Solutions, the arena was enhanced with a new, innovatively designed hardwood floor, and branded blue seating with operational motors for the bleacher banks.

“This project has brought some fantastic upgrades to Coussoulis Arena,” said CSUSB Director of Athletics, Shawn Farrell. “It has been fun to watch fans enter the arena and take notice of all of the new additions. One of the first things that people notice upon entering the arena is the new video display, which has quickly become a fan favorite. We have been engaging our fans in new ways and the atmosphere in the arena on game-days has been amazing!”

Fans attending games at Coussolis Arena have several new reasons to cheer on the Coyotes with the addition of a new four-sided, full color, 6mm Nevco LED Video Display and a full color, 10mm LED Video Ring. Each of the four sides of the structure feature 8.3’H by 12.6’W video panels which collectively boast over 1 million captivating pixels delivering unmatched brilliance and image clarity. Between each of the video panels are custom illuminated wedge panels to feature sponsors. Positioned prominently beneath the video display, the LED Video Ring reaches 2.1’H and spans 11.02’ in diameter. The video ring displays more than 67,000 eye-catching pixels to increase fan engagement and elevate the game-day atmosphere. The structure is complete with a custom imprinted bottom under the video ring, emblazoned with the CSUSB Coyotes logo.

To showcase the brilliant spectrum of colors on their new displays, CSUSB is partnering together with Nevco’s HYPE Creative Services to develop and create numerous custom-branded graphics including logo animations, fan prompts, and interactive games to engage fans and create an electric game-day atmosphere at Coussoulis Arena.

“We are extremely excited about the new Nevco products installed at CSUSB and we are thankful to partner with them on this enormous project,” said Mike Yeager, Nevco Sports Video Consultant. “The new video display, video ring, and scorers tables combined with the new hardwood floor and seating have transformed the arena into one of the premier arenas in all of [NCAA] Division II.”

CSUSB further enhanced Coussoulis Arena with two Model 2740 Scoreboards featuring Electronic Team Names (ETN’s) which allow the Coyotes to easily change team names for each game played at the arena. To complete the scoring solution the Coyotes also included a set of SSC-T5 Shot Clock and Game Clocks as well as a set of End of Period Lights on each of the backboards. 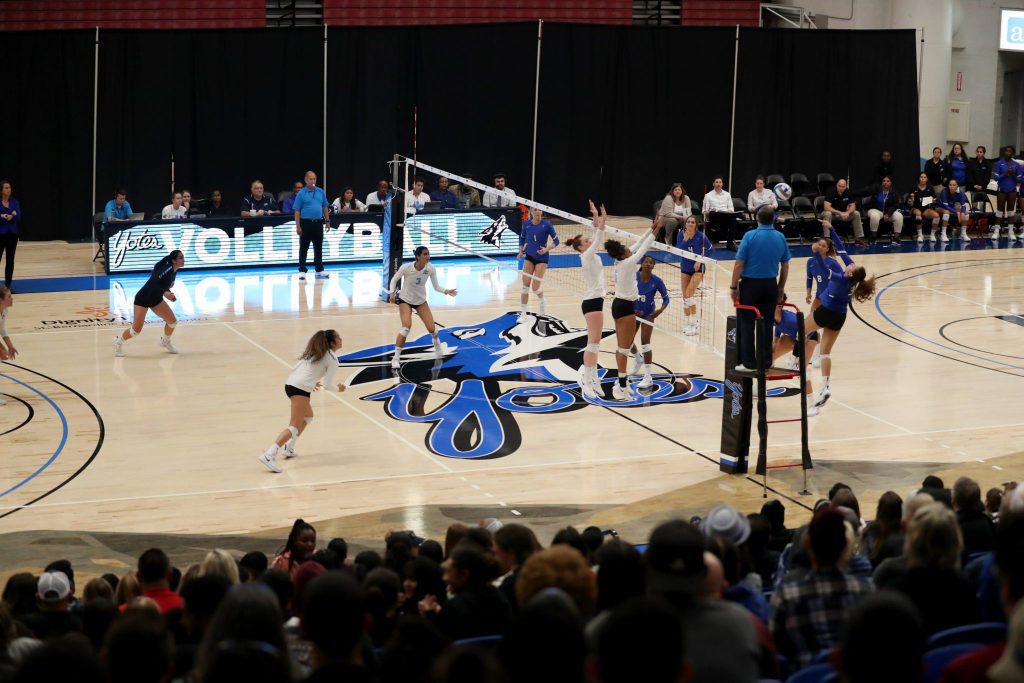 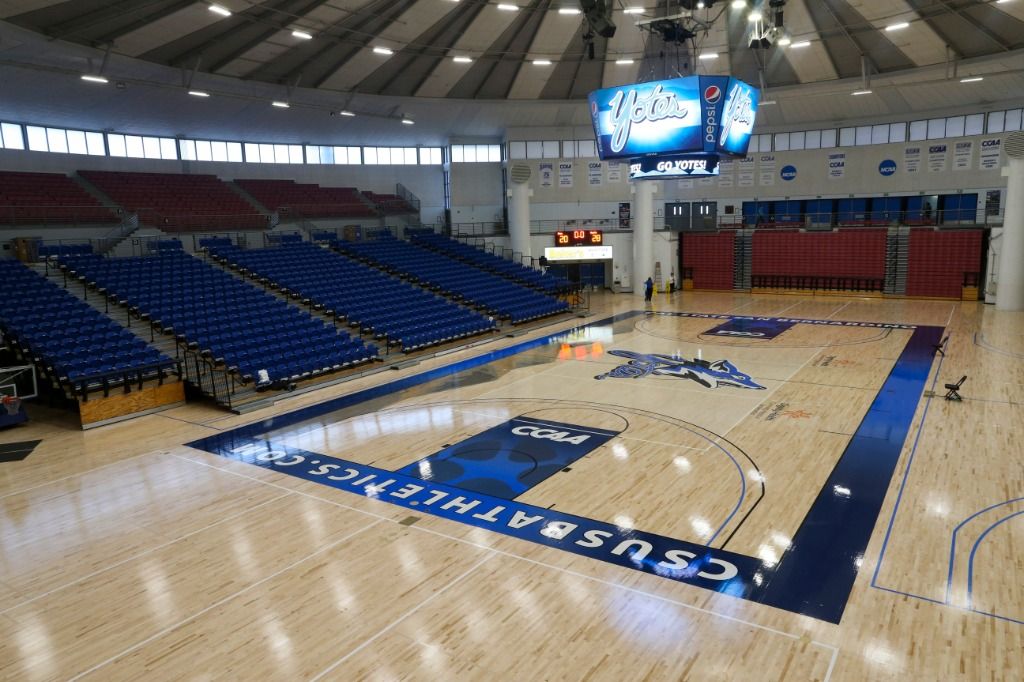